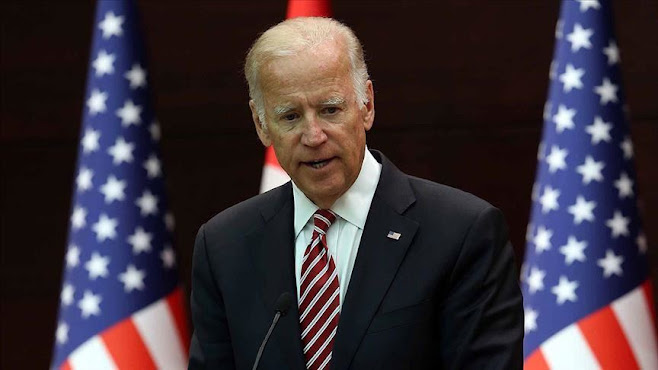 US President-elect Joe Biden officially declared victory Saturday, pledging to be a president who will work to mend the nation's divisions and "make America respected around the world again."

"The people of this nation have spoken, they delivered us a clear victory, a convincing victory, a victory for we, the people," Biden told a crowd of supporters at the Chase Center in Wilmington, Delaware. "I pledge to be a president who seeks not to divide, but unify, who doesn't see red states and blue states, only sees the United States."

Directly addressing outgoing US President Donald Trump's supporters, Biden said he understands their disappointment, but indicated now is the time to give each other a chance to move forward together.

Earlier Saturday, Biden was projected to win the crucial state of Pennsylvania, and with a victory there surpassed the necessary 270 Electoral College votes needed to claim the White House, according to The Associated Press and other news organizations.

Biden now holds a commanding 290 delegates after the AP also called the state of Nevada for the president-elect.

The states of Georgia, North Carolina, and Alaska remain outstanding several days after Tuesday’s election, but it is now mathematically impossible for Trump to win re-election without a major change in vote counts.

The outgoing president refused to concede shortly after every major news outlet in the US called the race for his opponent, instead lashing out defiantly in a statement distributed by his campaign that claimed the election "is far from over."

"Joe Biden has not been certified as the winner of any states, let alone any of the highly contested states headed for mandatory recounts, or states where our campaign has valid and legitimate legal challenges," Trump said. "Legal votes decide who is president, not the news media."

Trump is set to leave office amid a worsening COVID-19 pandemic with the US reporting more than 100,000 daily cases since Wednesday.

More than 236,000 people have died during the pandemic, and Biden sought during his campaign to cast the grim fact as disqualifying Trump from receiving a second term in office.

In addition to the stark health crisis, Biden will now have to contend with uniting an American public that has been sharply divided during the White House race, and could further sink into partisan trenches, particularly with the president's refusal to concede.

The president-elect said his first task in office will be to bring the spiraling pandemic under control, saying without doing so the US cannot make progress on rebuilding its economy and returning the country to normalcy. Biden will take the first step Monday when he will name a group of leading scientists and experts as transition advisors.

Biden turns 78 two months to the day before Inauguration Day, making him the oldest incoming president in US history.

US President-elect Joe Biden officially declared victory Saturday, pledging to be a president who will work to mend the nation's divisio...