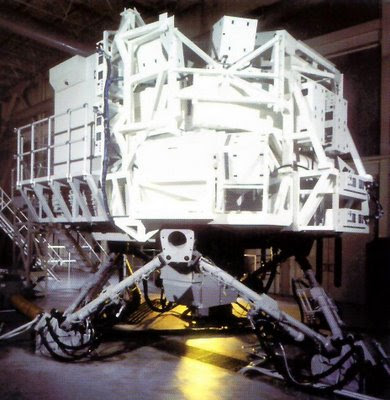 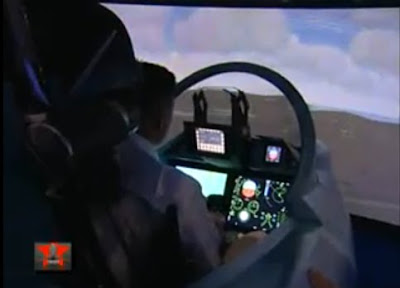 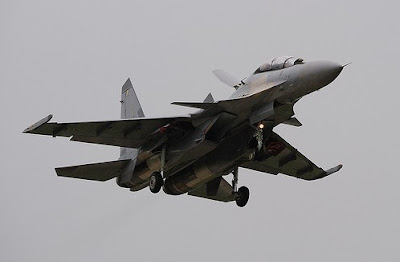 - April 26, 2011
Email ThisBlogThis!Share to TwitterShare to FacebookShare to Pinterest

This column has been updated to include a reaction from the IMF.

BOSTON (MarketWatch) — The International Monetary Fund has just dropped a bombshell, and nobody noticed.

For the first time, the international organization has set a date for the moment when the “Age of America” will end and the U.S. economy will be overtaken by that of China.

According to the latest IMF official forecasts, China's economy will surpass that of America in real terms in 2016 — just five years from now. Brett Arends looks at the implications for the U.S. dollar and the Treasury market.

And it’s a lot closer than you may think.

According to the latest IMF official forecasts published two weeks ago, China’s economy will surpass that of America in real terms in 2016 — just five years from now.

Put that in your calendar.

It provides a painful context for the budget wrangling taking place in Washington right now. It raises enormous questions about what the international security system is going to look like in just a handful of years. And it casts a deepening cloud over both the U.S. dollar and the giant Treasury market, which have been propped up for decades by their privileged status as the liabilities of the world’s hegemonic power.

According to the IMF forecast, whomever is elected U.S. president next year — Obama? Mitt Romney? Donald Trump? — will be the last to preside over the world’s largest economy.

Most people aren’t prepared for this. They aren’t even aware it’s that close. Listen to experts of various stripes, and they will tell you this moment is decades away. The most bearish will put the figure in the mid-2020s.

China’s economy will be the world’s largest within five years or so.

The comparison that really matters

In addition to comparing the two countries based on exchange rates, the IMF analysis also looked to the true, real-terms picture of the economies using “purchasing power parities.” That compares what people earn and spend in real terms in their domestic economies.

Under PPP, the Chinese economy will expand from $11.2 trillion this year to $19 trillion in 2016. Meanwhile the size of the U.S. economy will rise from $15.2 trillion to $18.8 trillion. That would take America’s share of the world output down to 17.7%, the lowest in modern times. China’s would reach 18%, and rising.

Just 10 years ago, the U.S. economy was three times the size of China’s.

Naturally, all forecasts are fallible. Time and chance happen to them all. The actual date when China surpasses the U.S. might come even earlier than the IMF predicts, or somewhat later. If the great Chinese juggernaut blows a tire, as a growing number fear it might, it could even delay things by several years. But the outcome is scarcely in doubt.

TOP INVESTING TIPS
Mortgage payoff is its own investment
Paying off a home mortgage could be a wise move, if the math matches your situation.
• Power your portfolio through uncertain markets
• When will Bernanke take punch bowl away?
• Investing in restoring sight to the blind
• AlphaProfit's take on investing in chemicals
• Brett Arends says uranium is not going away
• Option trades reveal doubt about silver's rally
• Investors bitten by the gold bug

This is more than a statistical story. It is the end of the Age of America. As a bond strategist in Europe told me two weeks ago, “We are witnessing the end of America’s economic hegemony.”

We have lived in a world dominated by the U.S. for so long that there is no longer anyone alive who remembers anything else. America overtook Great Britain as the world’s leading economic power in the 1890s and never looked back.

And both those countries live under very similar rules of constitutional government, respect for civil liberties and the rights of property. China has none of those. The Age of China will feel very different.

Victor Cha, senior adviser on Asian affairs at Washington’s Center for Strategic and International Studies, told me China’s neighbors in Asia are already waking up to the dangers. “The region is overwhelmingly looking to the U.S. in a way that it hasn’t done in the past,” he said. “They see the U.S. as a counterweight to China. They also see American hegemony over the last half-century as fairly benign. In China they see the rise of an economic power that is not benevolent, that can be predatory. They don’t see it as a benign hegemony.”

The rise of China, and the relative decline of America, is the biggest story of our time. You can see its implications everywhere, from shuttered factories in the Midwest to soaring costs of oil and other commodities. Last fall, when I attended a conference in London about agricultural investment, I was struck by the number of people there who told stories about Chinese interests snapping up farmland and foodstuff supplies — from South America to China and elsewhere.

This is the result of decades during which China has successfully pursued economic policies aimed at national expansion and power, while the U.S. has embraced either free trade or, for want of a better term, economic appeasement.

“There are two systems in collision,” said Ralph Gomory, research professor at NYU’s Stern business school. “They have a state-guided form of capitalism, and we have a much freer former of capitalism.” What we have seen, he said, is “a massive shift in capability from the U.S. to China. What we have done is traded jobs for profit. The jobs have moved to China. The capability erodes in the U.S. and grows in China. That’s very destructive. That is a big reason why the U.S. is becoming more and more polarized between a small, very rich class and an eroding middle class. The people who get the profits are very different from the people who lost the wages.”

The next chapter of the story is just beginning.

What the rise of China means for defense, and international affairs, has barely been touched on. The U.S. is now spending gigantic sums — from a beleaguered economy — to try to maintain its place in the sun. See: Pentagon spending is budget blind spot .

It’s a lesson we could learn more cheaply from the sad story of the British, Spanish and other empires. It doesn’t work. You can’t stay on top if your economy doesn’t.

Equally to the point, here is what this means economically, and for investors.

Some years ago I was having lunch with the smartest investor I know, London-based hedge-fund manager Crispin Odey. He made the argument that markets are reasonably efficient, most of the time, at setting prices. Where they are most likely to fail, though, is in correctly anticipating and pricing big, revolutionary, “paradigm” shifts — whether a rise of disruptive technologies or revolutionary changes in geopolitics. We are living through one now.

The U.S. Treasury market continues to operate on the assumption that it will always remain the global benchmark of money. Business schools still teach students, for example, that the interest rate on the 10-year Treasury bond is the “risk-free rate” on money. And so it has been for more than a century. But that’s all based on the Age of America.

No wonder so many have been buying gold. If the U.S. dollar ceases to be the world’s sole reserve currency, what will be? The euro would be fine if it acts like the old deutschemark. If it’s just the Greek drachma in drag ... not so much.

The last time the world’s dominant hegemon lost its ability to run things singlehandedly was early in the past century. That’s when the U.S. and Germany surpassed Great Britain. It didn’t turn out well.

The International Monetary Fund has responded to my article.

In a statement sent to MarketWatch, the IMF confirmed the report, but challenged my interpretation of the data. Comparing the U.S. and Chinese economies using “purchase-power-parity,” it argued, “is not the most appropriate measure… because PPP price levels are influenced by nontraded services, which are more relevant domestically than globally.”

The IMF added that it prefers to compare economies using market exchange rates, and that under this comparison the U.S. “is currently 130% bigger than China, and will still be 70% larger by 2016.”

The IMF is entitled to make its case. But its argument raises more questions than it answers.

First, no one measure is perfect. Everybody knows that.

But that’s also true of the GDP figures themselves. Hurricane Katrina, for example, added to the U.S. GDP, because it stimulated a lot of economic activity — like providing emergency relief, and rebuilding homes. Is there anyone who seriously thinks Katrina was a net positive for the United States? All statistics need caveats.

The U.S. dollar has fallen nearly 10% against the euro so far this year. Does anyone suggest that the real size of the U.S. economy has shrunk by 10% in comparison with Europe over that period? The idea is absurd.

China actively suppresses the renminbi on the currency markets through massive dollar purchases. As a result the renminbi is deeply undervalued on the foreign-exchange markets. Just comparing the economies on their exchange rates misses that altogether.

Purchasing power parity is not a perfect measure. None exists. But it measures the output of economies in terms of real goods and services, not just paper money. That’s why it’s widely used to compare economies. The IMF publishes PPP data. So does the OECD. Many economists rely on them.