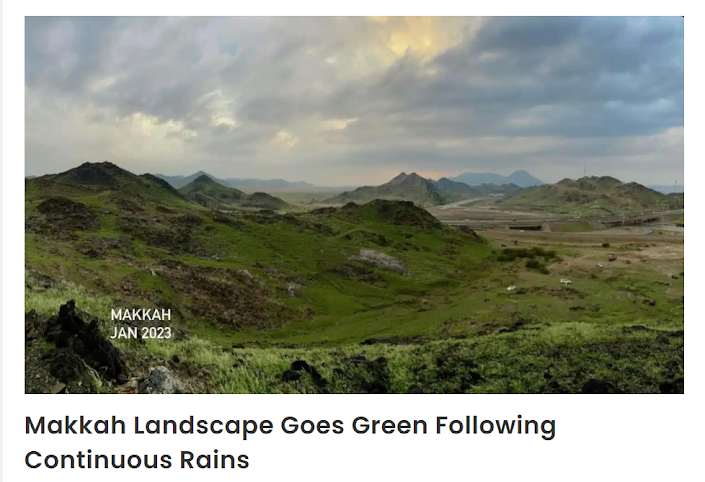 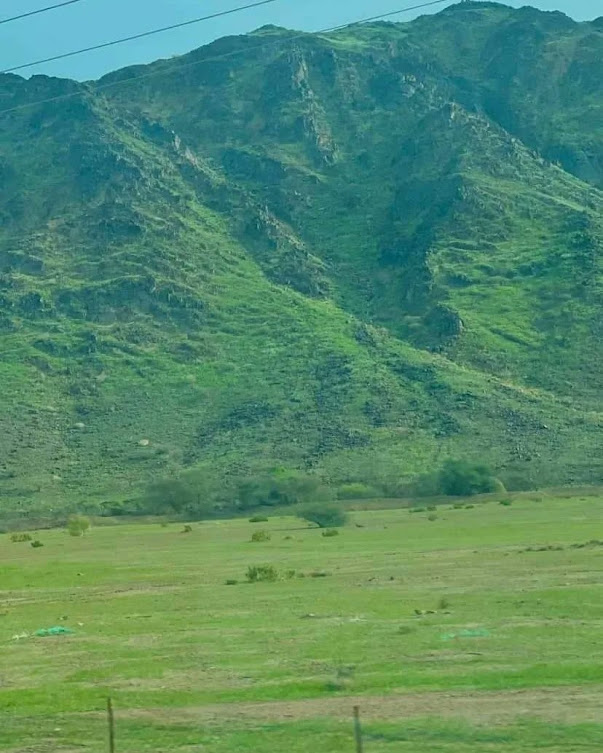 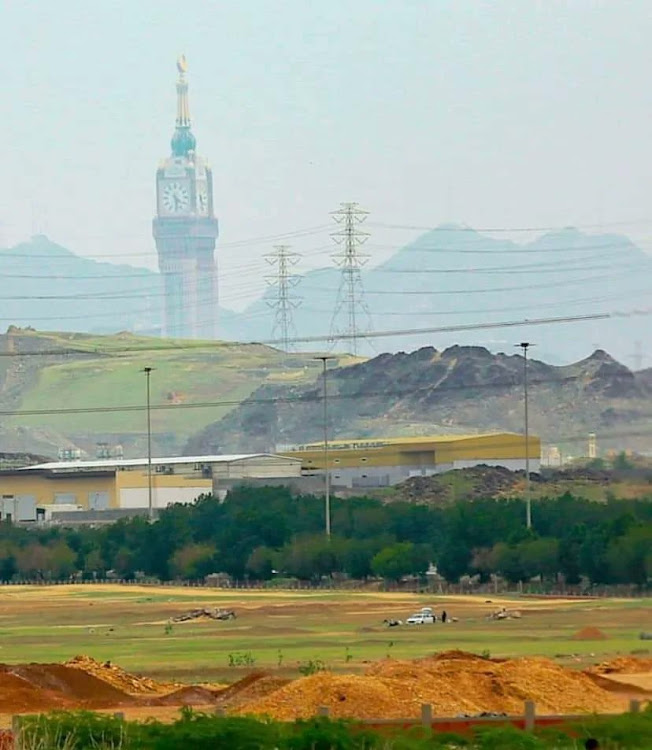 This year, the Kingdom saw unprecedented rain in the Kingdom bringing floods to to valleys and low lying areas of cities.

The Ministry of Education also suspended education in institutions several times in the last few weeks due to heavy rains.

The whole season was preceded by drought in various regions of the Kingdom which prompted the King to issue a decree instructing Mosques across the Kingdom to establish Istisqa Prayers back in November.

The cities of the Two Holy Mosques which normally receive rain 2-3 days each year saw rain continuously every other day for the last week or so. 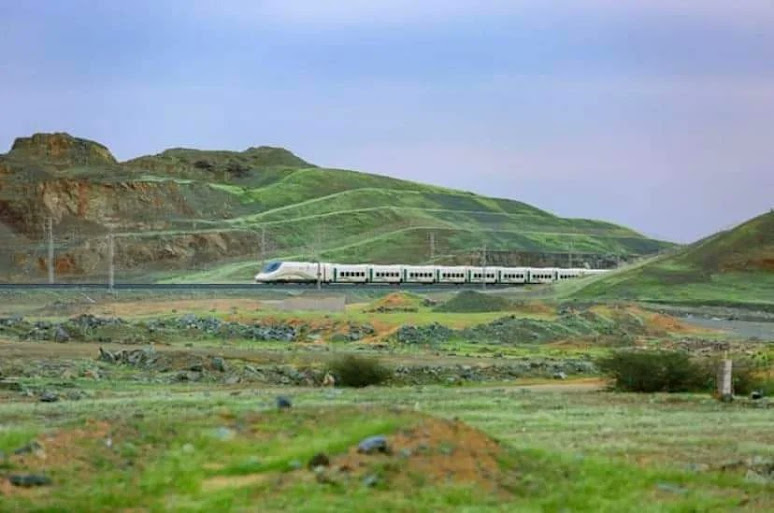 As a result the landscape and valleys of the Two Holy Cities has become green amid continuous supply of rain water.

However it is expected that the landscape will go barren again after the rainy season subsides.

- January 07, 2023
Email ThisBlogThis!Share to TwitterShare to FacebookShare to Pinterest 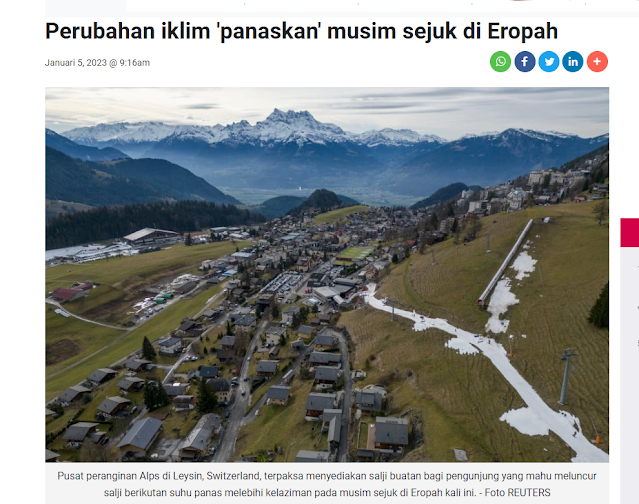 - January 05, 2023
Email ThisBlogThis!Share to TwitterShare to FacebookShare to Pinterest 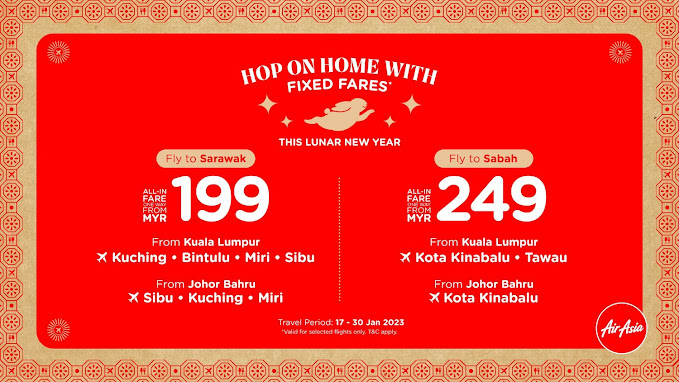 - December 28, 2022
Email ThisBlogThis!Share to TwitterShare to FacebookShare to Pinterest 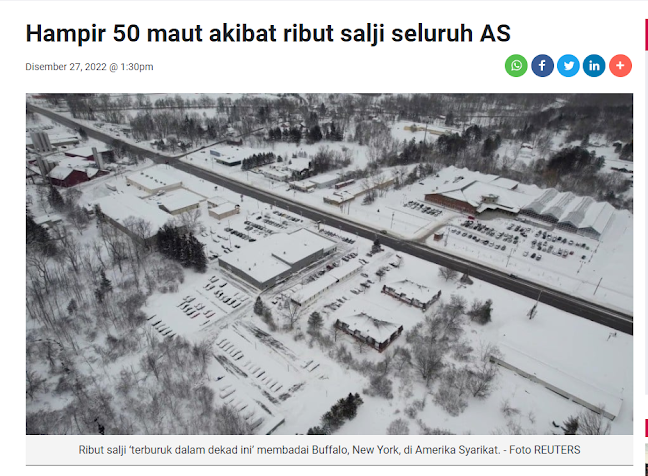 - December 27, 2022
Email ThisBlogThis!Share to TwitterShare to FacebookShare to Pinterest 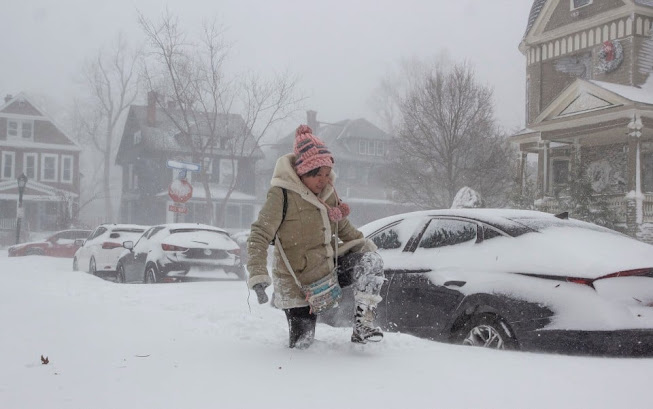 - December 26, 2022
Email ThisBlogThis!Share to TwitterShare to FacebookShare to Pinterest - December 25, 2022
Email ThisBlogThis!Share to TwitterShare to FacebookShare to Pinterest

Anwar Ibrahim Is Good News For The Muslim world 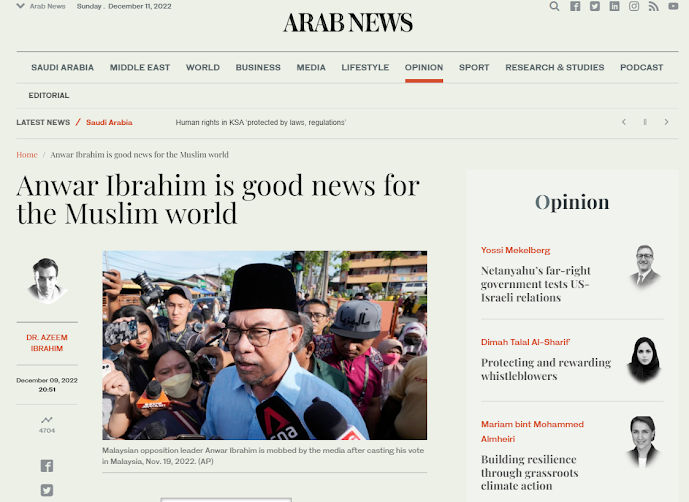 The news has been particularly fraught and relentless recently; so much is happening. A major war in Europe continues, financial issues such as inflation and energy price rises sweep the world in developed and developing nations alike, and there is a World Cup to watch and dissect.

In the current climate, it is hard to find time to stop and think — and harder still, sometimes, to acknowledge tentative good news stories. But that only makes it all the more vital to ensure that we do indeed stop to mark such moments.

One such tentative positive step was recently taken by Malaysia. Anwar Ibrahim, a perennial opposition leader, took office as prime minister last month. That he might do so seemed unlikely, even impossible, for more than two decades. In all that time, during crisis after crisis, scandal after scandal, Ibrahim toiled in the political wilderness. It was a very difficult road.

Even now, as the BBC reminds us, Ibrahim will not have an easy ride. There are forces arrayed against him that threaten to render his time in office short and unsuccessful.

But we are getting ahead of ourselves. First, a reminder of who Ibrahim is, what he represents and why his election, after all these years, is good news not only for Malaysia but for the whole of the Muslim world.

In the 1990s, Ibrahim was his country’s finance minister and deputy prime minister. His long tenure and steady hands meant he was internationally respected. His time as head of Malaysia’s economy coincided with a period of remarkable growth and optimism. It was the era of the Asian tigers.

Not only a competent finance minister, Ibrahim also proved from the beginning of his political career to be a socially aware Muslim. From the 1970s he was at the head of an Islamic revival movement in Malaysia. As a co-founder of Angkatan Belia Islam Malaysia (the Muslim Youth Movement of Malaysia), his party and ideals combined social concerns and care for the poor and dispossessed with an explicit vision of Islam.

Ibrahim’s politics were shaped around a vision of a kind of multiethnic, globally aware Islam. He was, and is, a proud Malay and a proud Muslim. In contrast to transnational Islamism, Ibrahim favors social progress within nation states. His vision for Malaysia sees it taking its place both within the Islamic community and the wider world.

That Anwar Ibrahim, a perennial opposition leader, would take office as prime minister of Malaysia seemed unlikely, even impossible, for more than two decades.

All of this will be central to his future plans because Malaysia has many problems. It is a corrupt society where the rule of law is an inconsistent principle. For years, the country was run by a succession of prime ministers whose Byzantine sense of politics was accompanied by an almost imperial taste for wealth and luxury.

Competent economic management is a soothing balm in the aftermath of such crises and scandals. So, too, is a modest philosophy of government steeped in the civic teachings of Islam, led by a party that consists of a multiethnic, multifaith coalition.

Such virtues, once expressed, tend to spread. If Ibrahim succeeds, Malaysia will transcend the recent scandal and turmoil and could well become a beacon for the region and the wider Muslim world: A country that recovered from poor governance, greed and moral corruption, and sought through its own efforts to instead build a brighter future for its people.

Ibrahim faces many challenges, not the least of which includes the global economic crisis. With China in perpetual slowdown and the US and Europe teetering on the brink of recession, the prospects of growth for many countries have been depressed.

Ibrahim cannot imagine that he will enjoy immediate success. The headwinds he faces are strong. But as his supporters have said, would the people of Malaysia rather be led by an experienced man long kept out of positions of power, or by the leaders from its recent history: Men accused and even convicted of corruption, or men whose political coalitions failed to stand the test of time?

We must hope that the long-awaited leadership of this perennial opposition figure proves capable of bringing about the transformation that Ibrahim’s supporters have so long imagined, for their sake.

Dr. Azeem Ibrahim is director of special initiatives at the Newlines Institute for Strategy and Policy in Washington D.C. and the author of “The Rohingyas: Inside Myanmar’s Genocide” (Hurst, 2017). Twitter: @AzeemIbrahim

- December 11, 2022
Email ThisBlogThis!Share to TwitterShare to FacebookShare to Pinterest 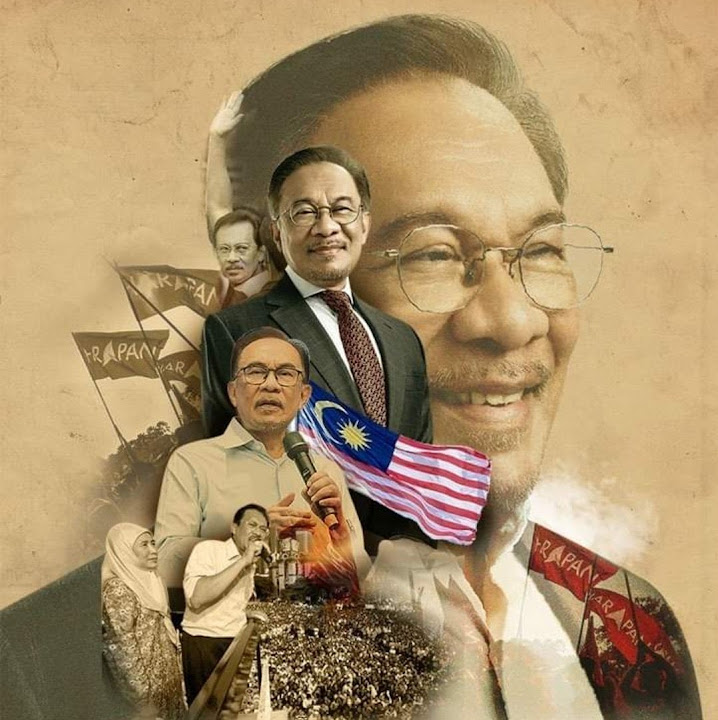 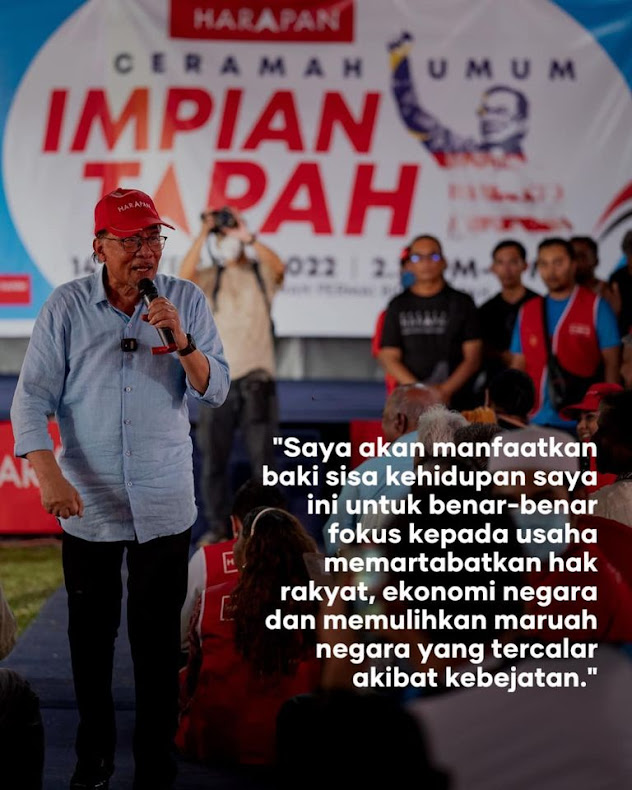 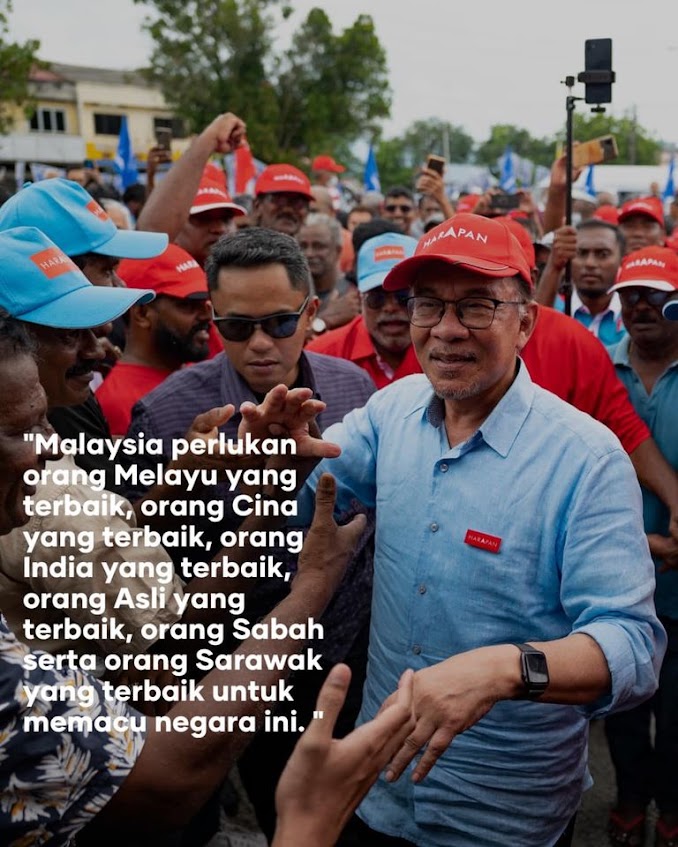 - November 15, 2022
Email ThisBlogThis!Share to TwitterShare to FacebookShare to Pinterest 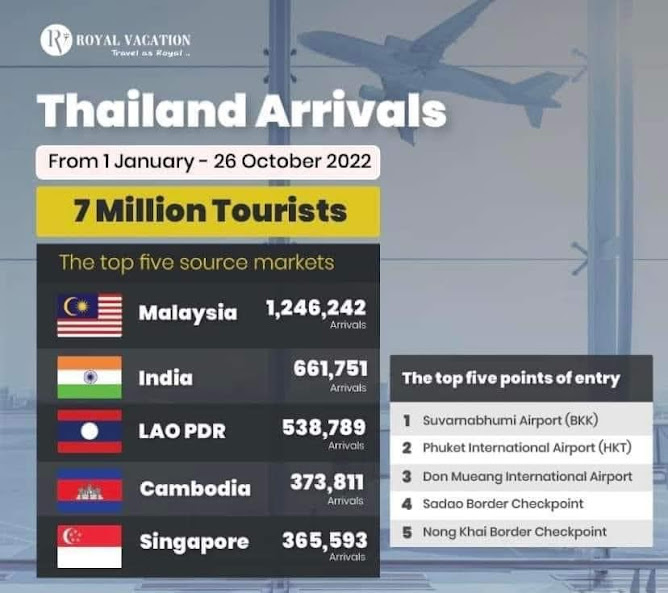 Thailand is aiming to exceed its aim of luring 10 million foreign visitors this year. Malaysians and Indians are leading the return of holidaymakers, while majority of Chinese travelers, topping the list before the pandemic, are staying at home due to the nation’s Covid-Zero strategy.

As of Oct. 30, tourist arrivals totaled 7.56 million, with at least 1.5 million visitors each month expected by the year end, said government spokesman Anucha Burapachaisri in a statement. Flight bookings from India and Malaysia to Thailand exhibited a load-factor of 85% and 68%, respectively during November and December.

More than 1 million Malaysians visited Thailand this year, becoming the single-largest group of travelers to Thailand, which is popular for its beaches, national parks and Buddhist temples. Approximately, 600,000 Indians visited Thailand during the first nine months of the year, compared to less than 1,000 a year before.

Southeast Asia’s second-largest economy is depending on tourism renewal to counterbalance the impact of the costs of high global energy and unstable financial markets sending its currency to a 16-year low and price rises to a 14-year high earlier this year.

Thailand dismissed all travel restrains in July with the dipping of local Covid cases and majority of businesses going back to normal operation, helping attract tourists who were typically missing in the previous two years.

In 2023, domestic travel is expected to generate 760 billion baht in revenue, as per the tourism authority.