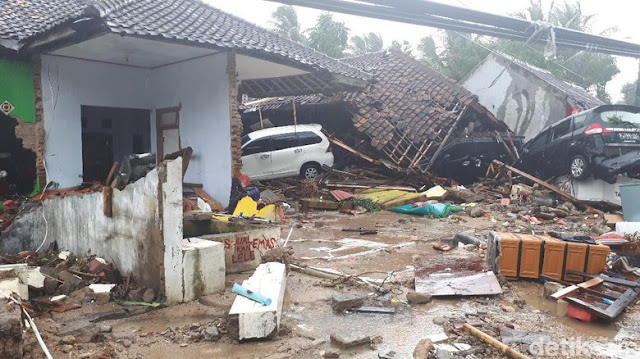 - December 23, 2018
Email ThisBlogThis!Share to TwitterShare to FacebookShare to Pinterest

The sky of Makkah witnessed a rare celestial phenomenon early Monday morning when the moon came above the Holy Kaaba.

Majed Abu Zahira, president of the Jeddah Astronomy Association, said that people of Makkah were able to see with naked eyes the moon that appeared vertically above the Grand Mosque in front of the constellations of the twin stars.

“This phenomenon helps Muslims from all corners of the world locate the direction of the Qibla (the direction to which Muslims face while performing prayer). Similarly, the sun comes directly over the Kaaba twice a year. When this alignment occurs, the Kaaba casts no shadow. — Okaz photo

- December 02, 2018
Email ThisBlogThis!Share to TwitterShare to FacebookShare to Pinterest


AirAsia is moving back its international flight operations in Jakarta from Terminal 3 to Terminal 2 at Soekarno-Hatta International Airport, effective Dec 12, 2018 (03:00am) local time (GMT+7).

With this move, all AirAsia flights, including domestic flights, will operate from a single terminal, the low budget carrier said in a statement, adding that its flight schedule remained unchanged.

“However, for convenience, guests departing from Jakarta are advised to check-in via airasia.com or AirAsia mobile apps, print their boarding passes before leaving to the airport, and also arrive at the airport at least 3 hours before their flights,” it added.

AirAsia counters for baggage drop, check-in and other services would be located at counters 73-80, Gate 4 on the departure level (2nd floor) of Terminal 2F.

Guests without checked baggage may also use AirAsia self-service kiosks located near the counters for check-in or to reprint boarding pass and are encouraged to proceed immediately to immigration counters and arrive at the boarding gate 45 minutes before the flight, said AirAsia.

The airline’s staff would provide assistance to guests in need of direction in the terminal throughout the time.

- November 20, 2018
Email ThisBlogThis!Share to TwitterShare to FacebookShare to Pinterest

Malaysia’s AirAsia and AirAsia X has been named Best Low-Cost Airline in Asia Pacific according to AirlineRatings.com -- the world's only safety and product rating website.

Singapore Airlines was honoured as Airline of the Year for 2019. It has been recognised for its market leadership in inflight service, new aircraft types such as the A350 and 787-10, revamped interiors, the launch of the non-stop Singapore to New York service as well as operational safety.

Editor-in-Chief of www.AirlineRatings.com Geoffrey Thomas said: “In our objective analysis, Singapore Airlines came out number one in many of our audit criteria, which is a great performance.”

TRAVEL INFO : AirlineRatings.com, the world's only safety and product rating website has announced Singapore Airlines as its Airline of the Year for 2019.

Singapore Airlines is being honoured for the first time for its market leadership in inflight service, new aircraft types such as the A350 and 787-10, revamped interiors and the launch of the non-stop Singapore to New York service, as well as operational safety. These factors have stamped the airline as a clear industry leader.

www.AirlineRatings.com Editor-in-Chief Geoffrey Thomas said: "In our objective analysis Singapore Airlines came out number one in many of our audit criteria, which is a great performance."

"For years Singapore Airlines has been the gold standard and now it is back to its best, leading in passenger innovations and new state-of-the-art aircraft models."

"The editors said that the competition for top spot was tight with Air New Zealand, Qantas Airways and Qatar Airways just being nudged out," said Mr Thomas.


Passengers can have online reservation and purchase of tickets through the website of (www.hhr.sa). They can contact the special customer service number (92000 4433) for queries about the timing of trips and ticket fares.

There are ticket reservation and purchase facilities at the railway stations in Makkah, Madinah, Jeddah and Rabigh.

This will also coincide with the launching of a special app for booking and purchasing of tickets. I

n the beginning, there will be scheduled weekly trips from Makkah, Madinah, Jeddah and King Abdullah Economic City of Rabigh on Thursday, Friday, Saturday and Sunday.

There will be eight services daily on both sides (four trips each side) in the morning and evening. There will be a discount of 50 percent in ticket fares for an initial period of two months from Oct. 11.

One-way tourist class train ticket fare from Sulaimaniyah station in Jeddah to Makkah will be SR20 while business class ticket will cost SR25.

The ticket fare for tourist class between Makkah and Madinah is SR75 while the business class will cost SR125.

- October 20, 2018
Email ThisBlogThis!Share to TwitterShare to FacebookShare to Pinterest

SUMBER: THE SUN
- October 16, 2018
Email ThisBlogThis!Share to TwitterShare to FacebookShare to Pinterest

"The soil was churning and then suddenly rose up," he said. "The soil somehow just rose and buried the houses."

"One house rose up, while the other houses sunk and became much lower."

Five of his family members are still missing.