What Amazingly Prayer In First Time? 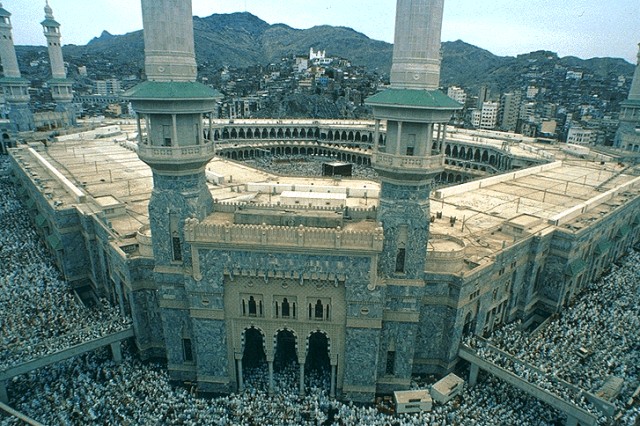 Each prayer time really shows the transition energy changes the universe that can be measured and observed through changes in natural color.

I think the changing colors of nature is something that is more familiar to those involved in photography, right?

For example, at the dawn of nature in the blue spectrum corresponding to frequencies that affect the thyroid metabolism.

So the blue or the time of dawn has secrets related to the bidder / provision and communication.

They are often missed or delayed in time Subuhnya repeatedly, eventually will face the problem of communication and provision.

This is because the natural energy of blue light is not absorbed by the thyroid that have to happen in the soul and body together (simultaneity of space and time) - in other words keep from sleeping.

Here too we can tap the secrets of prayer ordered ahead of time.

The onset of morning prayer time, energy, environment at that time was at an optimum level.

This energy will be absorbed by the body through the concept of resonance at the bow and prostrate.

So they delayed the actual Subuhnya have got the energy is not optimal yet.

Next natural color changed to green (Isyraq & Light) and then the yellow mark anytime during Zuhr.

Spectrum of colors at this time is equal to the frequency of stomach and liver associated with the digestive system.

This yellow color has a secret related to the fun.

So they often miss or delay Zuhurnya repeatedly in his life will have problems in the stomach and lost his cheerful nature. People are central abdominal pain not happy? 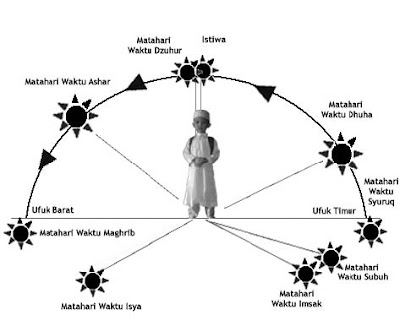 Then the natural color will change to orange, the inclusion of the Asar where the color spectrum at this time is equal to the frequency of prostate, uterus, ovaries and testes, which includes the reproductive system.

Orange is the secret of creativity.

People often miss the Afternoon will be lost creativity, and worse if the Asar Posted body and soul are separate (sleep la).

And do not forget, ni Asar energy needed by our reproductive organs. 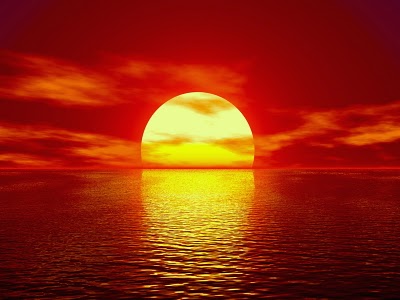 By sunset, the world changed to red and at this time we are often advised by the elders not to be outside the house.

This is because the color spectrum in this time approaching the frequency of the jinn and demons (infra-red), and this means that the Jinns and demons are so powerful at that time because they are resonant with nature.

They are on the way also preferably stopped before this time (dawn prayer before it) because a lot of interference (diffraction) occurs at this time which could confuse the eye.

Secret sunset or red is the confidence, the frequency of muscle, nerves and bones.

When the time came for Isaac, the world changed to the color of Indigo, and the next phase of Darkness.

Isha is secrecy order and peace at any frequency equal to the control system of the brain.

They often miss Isyaknya will always be in distress.

Alam are now in darkness, and frankly, this is the time to sleep in Islam.

Sleep at this time is called delta sleep, where the entire body system is in relaxation.

After midnight, the universe began to shine again with white, pink and then purple where it is equal to the frequency of the pineal gland, pituitary, and hypothalamus talamus.

The body should rise again at this time and in Islam this time called Qiamullail.

That briefly is the relevance of prayer time with the colors of nature.

People are already aware of the importance of this natural energy and this is the factor of the various methods of meditation created as taichi, qi-gong, and so on.

Everything is designed to absorb the energies of nature to the body system.

We as Muslims should be grateful to have di'kurniakan 'laws prayers of Allah without having to think about how to absorb the energy of this nature.

This fact should convince us that God requires prayer of His servant on the nature of his loving and caring as the creator because He knows His servants is very, very much in need of his.

ISTANBUL – Since 2002, the Justice and Development Party (AKP) has been governing Turkey with remarkable success in economic terms. Indeed, its record is almost unique in Turkey’s modern history, comparable only with the rule of the Democratic Party (DP), which came to power in the 1950’s, at the start of multi-party parliamentary democracy in Turkey, and ran the country for a decade.

The era of DP rule is ingrained in Turkey’s public consciousness as one of phenomenal growth and expanding freedoms. With the mandate it received in the June 12 election, and almost 42 years after the DP was deposed by a military junta, the AKP has emerged to set new benchmarks in Turkey’s development.

Indeed, unlike the DP’s leader, Adnan Menderes, who was brutally executed following a sham military trial, the AKP’s Recep Tayyip Erdoğan, who will now begin his third term as Prime Minister, appears to have secured democratic political control of Turkey’s military and bureaucracy. Both institutions’ ability to challenge the results of elections appears at an end.

Turkey’s latest transformation began with the severe economic, political, and social turmoil of 2001, which then-Prime Minister Bülent Ecevit called a “crisis of the Turkish state.” That year marked the last gasp of the authoritarian/bureaucratic regime that emerged in the early 1920’s, and that had become so isolated from the public that its legitimacy had evaporated.

Over the years, that system had been captured by self-interested rent-seekers. Tension, and at times open confrontation, between a modernizing elite and ordinary people regarding the nature, function, and design of the state undermined the very capacity to govern. A political pendulum of reform and reaction, and of populist and pragmatic cabinets, weakened the republic for most of its history.

Unlike Japan, for example, with its de facto one-party government for most of the period since 1945, the lifespan of Turkish governments averaged around 14 months between 1960 and 2000. Whereas political stasis supported a development miracle in Japan, the inertia created by Turkey’s self-interested establishment resulted in a discouraged society with unfulfilled expectations.

With much of its immediate neighborhood convulsed in revolutionary change and in search of a viable road forward, understanding how Turkey moved from cronyism to economic dynamism is vitally important.

First, Erdoğan’s government recognized that change can deliver greater stability than inertia, which invariably breaks down chaotically as economic decline and political infighting take hold. Second, Turkey shows that an external anchor, such as membership in the European Union or pressure from the International Monetary Fund, can be decisive in triggering change and, therefore, in enhancing prosperity.

But the best way to understand what Erdoğan’s government has gotten right is to examine what went wrong in the “lost decade” of the 1990’s. That decade was characterized by low and unstable growth; low per capita GDP, at around $3,400 dollars; dramatically low productivity; an unsustainable fiscal and financial position in both the public and private sectors; average annual inflation of 70% for more than two decades; a lack of competitiveness, reflected in 10% unemployment; and widespread corruption.

Partly as a result of these factors, Europeans tended to refer to Turkey as “too big, too poor, and too unstable” for full EU membership.

Weary with crisis, Ecevit’s administration embarked on a comprehensive reform package– spearheaded by Minister for the Economy Kemal Dervis – that included a flexible exchange-rate system with a dedicated inflation-targeting regime. With this macroeconomic groundwork laid, greater economic, and soon political, stability followed.

In 2003 came the formation of the AKP’s first single-party government, which enthusiastically backed the country’s IMF-based stabilization program. Turkey’s adoption of a road map for full membership in the EU also created a strong impulse to follow through on painful reforms. Exceptionally favorable economic conditions worldwide at this time no doubt helped significantly, but the real credit must go to a government that stuck to its liberalizing instincts.

This consistency has paid off. From 2002-2007, Turkey experienced its longest period of uninterrupted economic growth, which averaged 6-7% year on year, while annual inflation has plummeted (it now stands at 3.9%). Moreover, the economy proved resilient following the global financial crisis, with growth recovering rapidly.

Indeed, annual real GDP rose by 9% in 2010. And, despite Turkey’s fast-growing population, per capita GDP has tripled since 2002, reaching $10,500 in 2010. As a result, Turkey is projected to graduate from “middle-income” status and enter to the league of rich countries by 2012.

Not surprisingly, Turkey’s capacity to attract foreign direct investment is now comparable to other fast-growing emerging-market economies. But serious problems remain. The ever-rising current-account deficit (6.8% of GDP in 2010) will require a second round of reforms. And unemployment remains stubbornly high, though employment is now more widespread than it has ever been.

For the first time in its modern history, Turkey not only resisted a serious global economic crisis, but also decoupled itself from the rest of Europe by rebounding strongly in 2010. This economic prowess, together with the government’s “zero problem” foreign policy, have helped make Turkey a leading regional power.

Turkey’s achievements form a case study in successful economic development. The question now is how Turkey will use its rapidly growing economic power.

İbrahim Öztürk is Professor of Economics at Marmara University in İstanbul.

One hundred years of superconductivity