China's J31 stealth fighter copied much of the technology of the fifth generation US F-35 fighter jet. Specifications for the J-31 were revealed online.The J-31 is a mid-weight, twin rudder and twin-engine jet with the typical configuration that is commonly shared by other 5th generation fighters such as Sukhoi T-50. J-31 incorporates certain stealth characters such as forward swept intake ramps with diverterless supersonic inlet (DSI) bumps, trapezoidal wings and a two-piece canopy.The J-31 appears to be a smaller and more agile aircraft than the Chengdu J-20 that resembles a twin engine F-35C.The reported maximum engine thrust figure of "88.29 kn" or 9 tons, does conform with statements made by Chinese officials to IHS Jane's at the 2015 Paris Air Show that China was testing a new 9-ton medium thrust turbofan on the Chengdu Aircraft Corporation FC-1/JF-17 fighter. Thought to be an improved version of the WS-13 Taishan turbofan reportedly developed from the Russian Klimov 8.29-ton thrust RD-33 turbofan, it will power versions of the single-engine FC-1 and the twin-engine FC-31. China is working on an improved variant named WS-13A with 100KN of thrust for use on the J-31.The data posted online describes the FC-31 as "designed for high survivability, low radar detectability, low IR (infrared) signature, and excellent capabilities for electronic counter measures".Avic said the fifth-generation fighter jet, which has a 1,200 km (750-mile) combat range and a top speed of 2,205 kph (1,370 mph).The J31 has a maximum payload capacity of 8 metric tons.Pakistan Air Force is looking to buy 30 to 40 J-31 aircraft. 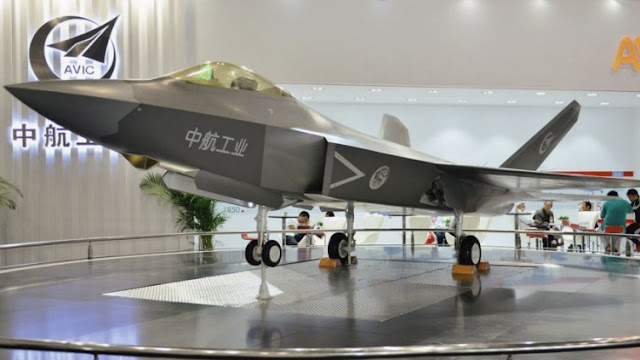 Police in Malaysia's Sabah state have received a report claiming that an aircraft wreckage with the Malaysian flag painted on it was found on a southern Philippines island.

The report was made by a man who said the wreckage with human remains inside was spotted by his nephew, from the southern Philippine island of Tawi Tawi,  at Ubian Island in southern Phillippines several days ago.

State Commissioner Jalaluddin Abdul Rahman said the man made the report at the Sandakan police station on Saturday. 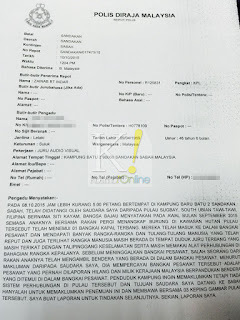 This matter is being investigated,” he told The Star in a text message.

In the report the man, an audio visual technician in his 40s, said his nephew and a few others were hunting for birds when they spotted the wreckage on the island.

They managed to get near the wreckage where they found human bones. They also found skeletal remains in the pilot's chair with the seat belt fastened.

Before leaving the area, they took a flag they found in the wreckage.

The man said he informed police as the wreckage could be that of an airplane that disappeared last year.

Malaysia Airlines flight MH370 disappeared in March last year en route from Kuala Lumpur to Beijing with 239 passengers and crew on board, most of them China nationals.

The incident triggered one of the largest search for an aircraft focusing in the Southern Indian Ocean.

Last month, French authorities confirmed a  piece of wing found on the shore of Reunion Island in the Indian Ocean has been identified as part of the MH370 wreckage.

The flaperon was found on the shore of the French-governed island on July 29 and Malaysian authorities have said paint colour and maintenance-record matches proved it came from the missing Boeing 777 aircraft.