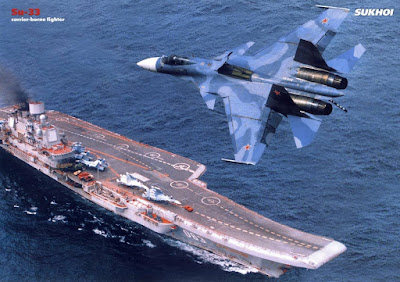 But last month, few Russian sellers showed up. Their absence is part of a broader trend in defence ties between the two nations, a trend that has seen a dip in the volume of Russian sales of military equipment and technologies to China.

Up until a few years ago, Beijing was buying large quantities of Moscow’s surplus Soviet-era military products, including expensive tanks, warships and warplanes. But over the last few years, the Chinese have declined to sign contracts for any major weapons systems from Russia, while the dwindling number of major weapons systems China now receives are items that Beijing purchased years ago.

All this leaves China buying mostly select subsystems or replacement items for larger platforms it has already acquired from Russia. For example, during a November 9 meeting in Beijing of the Russian-Chinese intergovernmental commission on military cooperation, the head of China's Central Military Commission, Guo Boxiong, and Russian Defence Minister Anatoly Serdyukov signed contracts to provide China with ‘spare parts for air defence systems, aviation and navy equipment.’

So why the change? Essentially, China no longer needs Soviet-era systems as the Chinese defence industry can now manufacture Soviet-era military technologies when it needs to (and in many cases can exceed this level). Beijing now wants to purchase more sophisticated armaments, often the latest-generation Russian systems.

The problem for China is that Moscow’s policymakers are reluctant to sell for fear that the Chinese will simply copy its technology and incorporate these advances into indigenous systems, some of which Chinese arms dealers can then offer to export to other countries in direct competition with Russian offerings.

China certainly appears to have form in this department. Russian and international sources agree that Chinese engineers and technicians copied one of Russia’s most famous and lucrative military export items, the Sukhoi-27 fighter jet. Looking to acquire advanced military technology from new sources following the imposition of the Western arms embargo in 1989, the Chinese government spent $1 billion in 1992 on acquiring two dozen turn-key Su-27s from a Russian military-industrial complex that had gone broke following the collapse of the Soviet military-industrial complex. After trying out the plane, the Chinese decided to buy 200 more, but they wanted to build them in China.

In return for a Chinese commitment to spend $2.5 billion to purchase 200 kits of imported Russian parts to assemble the plane under license, and a pledge not to re-export the planes without Moscow’s permission, Russia gave the Chinese defence industry the blueprints for the Su-27.

After building 100 planes, the Chinese cancelled the contract for the remaining 100 on the grounds that the Su-27 design no longer met the Chinese Air Force’s increasingly stringent performance requirements. However, in 2007, the J-11B began to appear in the Chinese media, a plane that looked eerily similar to the Su-27.

The Chinese claim that about 90 percent of the major subsystems fitted on the J-11B are manufactured in China, but like the Su-27, the J-11B is a single-person multi-function fighter designed to match the US F-16, one of the most widely available US-made fighter planes in recent decades. The J-11B is built by the Aviation Industry Corp. of China, which makes all the PLA’s combat aircraft, at the Shenyang Aircraft Corporation—the same place the Su-27K was assembled.

This experience has made the Russians wary about transferring further military aircraft technology to China. Indeed, fears of Chinese copying reportedly led the Russian government to reassess the wisdom of selling the highly advanced Su-33 fighter planes for possible use on future Chinese aircraft carriers. The negotiations for a possible sale were reportedly stopped when, according to the Russian press, the Chinese asked to buy only two of the Su-33 planes for a ‘trial.’

The Russian side sees the problems over the Su-27 as part of a broader problem, with some Russian analysts estimating that the export of illegally manufactured Russian arms costs the country as much as $6 billion annually, as well as damage to its reputation.

That said, these alarm bells haven’t put the Su-33 sales completely on ice, not least because the Chinese seem so eager to acquire the fighter to complement their expected rollout of their new aircraft carriers. This urgency has meant they’ve been offering various concessions such as agreeing to buy more planes and to accept more stringent intellectual property protection.

But it’s not just the Russian government that’s concerned. The Sukhoi Aviation Holding Company has been alarmed by reports that the Chinese may have reverse engineered a Su-33 prototype acquired in 2001 from Ukraine and that it’s now planning to produce it under the name of J-15.

These concerns come at a time when there are indications the Chinese might actually need to buy the more advanced Su-35 if the J-11B is unable to fulfill all its planned roles. This would mean that the Su-35 would fill the role of an air superiority fighter, while the J-11B would serve in less demanding missions, just as the high-end F-15 and low-end F-16 did for the US Air Force.

But despite the speculation over the Su-35, Russian arms dealers appear to have resigned themselves to selling a significantly lower volume of weapons to China rather than risk exporting its most sophisticated weapons. Anatoly Isaikin, general director of Rosoboronexport, predicts that Chinese purchases in the coming years will amount to only 10 percent of Russian arms exports. Besides the reduced appeal of selling China only a few systems before they are copied, Russian sellers worry that the Chinese will also seek to sell their new systems in third-party markets, potentially in competition with Russian offerings. (Essentially the Chinese could find a niche by selling weapons only somewhat less capable than their Russian equivalents, but for a much lower price).

The Russian dealers have good reason to be concerned. The Chinese are already beginning to adopt a high profile at international air shows, and last year demonstrated their new L-15 trainer jet at the 2009 Dubai Air Show. This year, they began offering advanced systems for sale at the Eurosatory arms fair in France and the Farnborough Air show in the United Kingdom. At the latter event, the Chinese for the first time showcased overseas their new JF-17 ‘Thunder’ multirole fighter jet, co-developed with Pakistan (and known in China as FC-1 Xiaolong).

The Russian government approved the use of a Russian engine in this jet, which is about as sophisticated as a MiG-21, because Russian defence firms don’t sell warplanes to Pakistan. But this plane could still become a major export item since the Chinese and Pakistanis can offer the JF-17 at a much lower price (of about $15 million) than the more sophisticated combat planes being sold by Russian, US and European aircraft companies. Azerbaijan, Myanmar, Egypt and other traditional Russian arms customers, for example, have expressed an interest in the JF-17.

The Chinese have already sold around 250 Hongdu K-8 trainer and ground-attack jets, which were also co-developed with Pakistan, to developing countries such as Egypt, Ghana, Sudan and Venezuela. And in the latter case, China's first major sale in South America, the K-8 defeated a Russian competitor. In addition, China has sold about 100 F-7 jet fighters, based on the Russian MiG-21, to Bangladesh, Namibia, Nigeria and other developing countries. All this means that Russian dealers could now either lose more military aircraft sales to developing countries, or be forced to offer lower prices and better terms to keep their clients.

These developments will also likely be being watched uncomfortably by US diplomats. It’s true that Chinese exporters are unlikely to cut into US military sales anytime soon. But while in the past US representatives only needed to negotiate mutual sales restraints with Russia, they will now need to induce the Chinese to curb their natural inclination to sell weapons to Iran, North Korea and other regimes frozen out of traditional arms markets. The experience with Pakistan, which has received sophisticated nuclear and missile technologies from Chinese suppliers despite years of US lobbying and sanctions, isn’t encouraging.

Meanwhile, the Chinese are by some estimates not all that far behind the Russians in deploying fifth-generation stealth fighter jets. The Russians have only begun testing their prototype, while the Defense Intelligence Agency estimates that the PLA Air Force will deploy stealth fighters in ‘meaningful numbers’ in about a decade.

Although Russian defence planners remain confident that they won’t face a Chinese military threat for at least a decade, the US, Japanese and other Pacific Navies will have to consider much sooner how to match these growing capabilities. Indications of how they intend to might be clearer in the new Japanese annual white paper on national defence, which should be issued this month.

But there’s one more twist for Russia. While Soviet defence enterprise directors would have been incredulous at the idea, the Russian government may one day consider purchasing major weapons systems from China. The Russian government, disturbed by endemic problems in the Russian shipyards, has already been seeking to buy large amphibious ships from France and for now, the Russian Defence Ministry has confirmed that it will no longer purchase aircraft carriers from indigenous sources. (Russian defence companies have never recovered from the disintegration of the Soviet integrated military-industrial complex, when aircraft carriers were built in Ukraine).

But the irony is that if the Russians ever decide they need carriers again, a logical source would be China, as its years of extensive industrial copying likely mean that Chinese weapons systems will present fewer interoperability problems than systems from Western suppliers. So, in the end, Russian sailors and pilots could well end up feeling most at home when their hardware is made in China.

- March 28, 2011
Email ThisBlogThis!Share to TwitterShare to FacebookShare to Pinterest 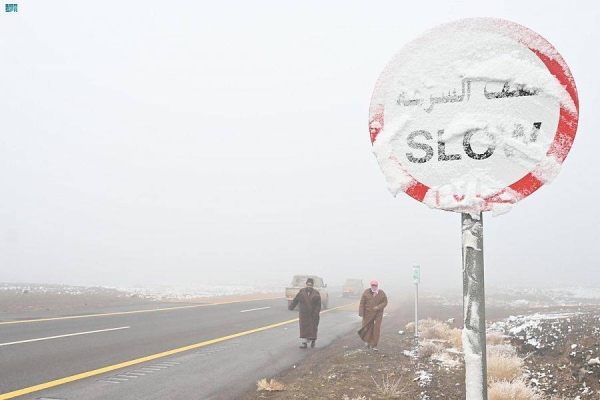