A shelf cloud is a low, horizontal, wedge-shaped arcus cloud. A shelf cloud is attached to the base of the parent cloud, which is usually a thunderstorm, but could form on any type of convective clouds.
Rising cloud motion often can be seen in the leading (outer) part of the shelf cloud, while the underside often appears turbulent and wind-torn. Cool, sinking air from a storm cloud's downdraft spreads out across the land surface, with the leading edge called a gust front.

This outflow cuts under warm air being drawn into the storm's updraft.
As the lower cooler air lifts the warm moist air, its water condenses, creating a cloud which often rolls with the different winds above and below (wind shear).
People seeing a shelf cloud may believe they have seen a wall cloud. This is a likely mistake, since an approaching shelf cloud appears to form a wall made of cloud. A shelf cloud usually appears on the leading edge of a storm, and a wall cloud will usually be at the rear of the storm.
A sharp, strong gust front will cause the lowest part of the leading edge of a shelf cloud to be ragged and lined with rising fractus clouds. In a severe case there will be vortices along the edge, with twisting masses of scud that may reach to the ground or be accompanied by rising dust.
A very low shelf cloud accompanied by these signs is the best indicator that a potentially violent wind squall is approaching. An extreme example of this phenomenon looks almost like a tornado and is known as a gustnado. 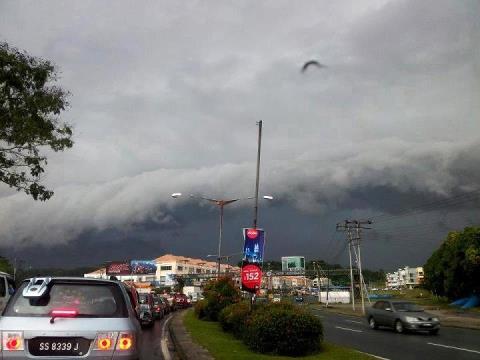 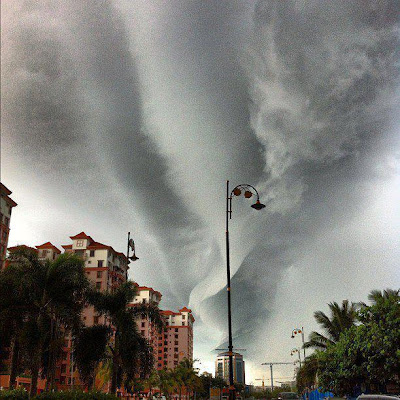 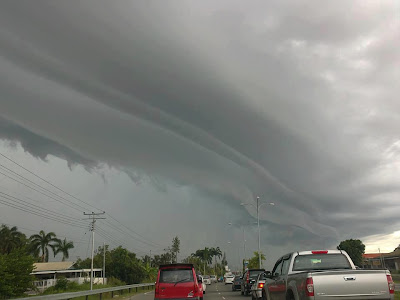 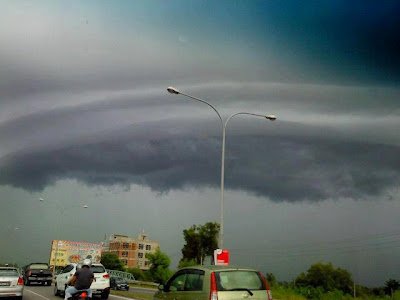 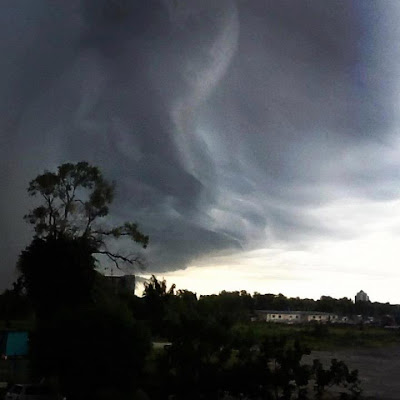 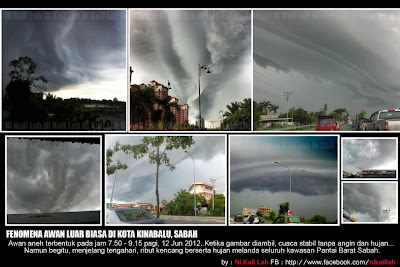 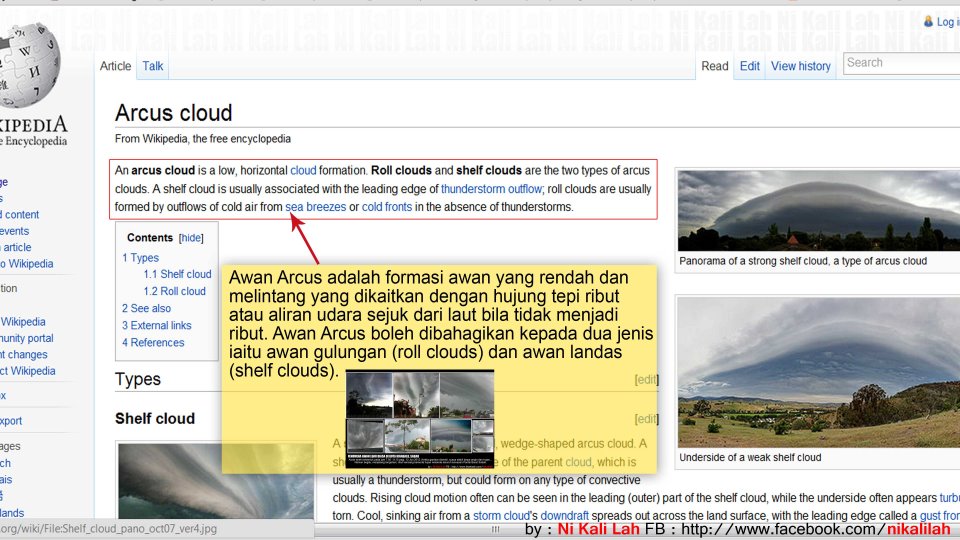 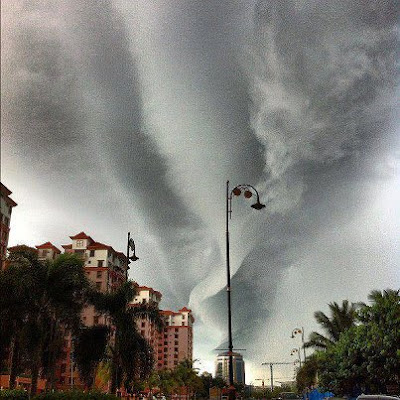 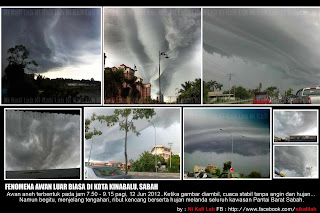 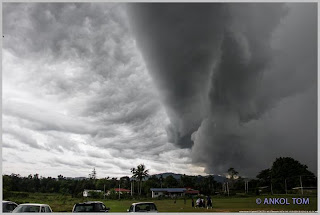 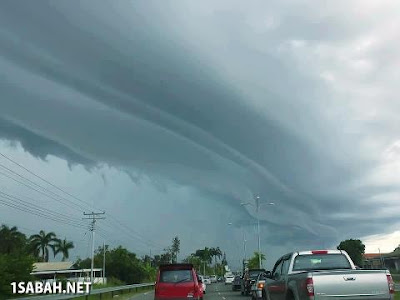 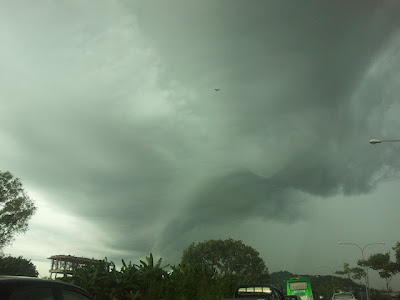 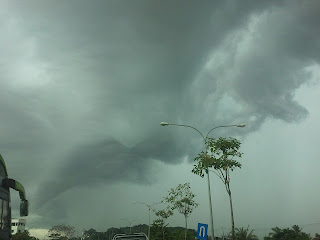 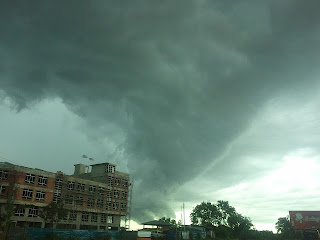 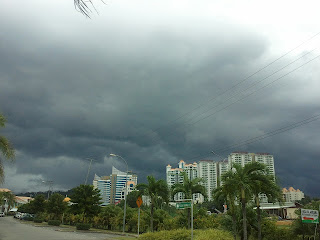 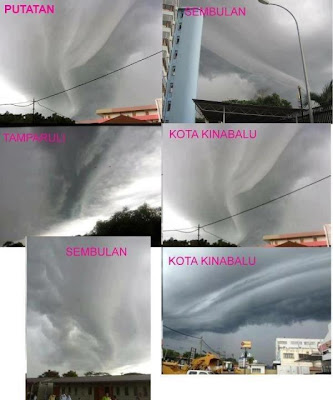 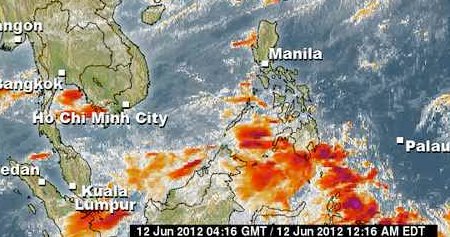 - June 13, 2012
Email ThisBlogThis!Share to TwitterShare to FacebookShare to Pinterest

By Anthony Gucciardi
theintelhub.com
June 8, 2012
Contributed by and originally posted at NaturalSociety.com

Eyewitnesses on the ground near the media-blacked-out elevated radiation zone near the border of Indiana and Michigan, where radiation levels hundreds of times higher than normal were quickly removed from public viewing by the EPA, are now sending in a large number of photos and videos documenting massive explosions accompanied by unmarked helicopters, A-10 Thunderbolts, and military personnel.
These reports come after a Department of Homeland Security hazmat fleet was sent out to the location after ‘years’ of inactivity.
Those on the ground report that the explosions are ‘loud and deep’, sounding like fireworks with a kick.
The explosions are oftentimes followed up with a squadron of helicopters or other aircraft, oftentimes black and unmarked.
One Michigan resident reports the following, and is then backed by dozens of organic comments which confirm the findings:

“EXPLOSIONS EVERYWHERE! Also, Large helicopter heading away from Local Air Force base flying toward scene of explosions! These explosions are seriously consistant, loud booms for the last hour or more.”

After generating much interest, the poster was able to capture some of the explosions on tape. While he would be the first to do so, many more videos began to pop up recording both the explosions and the onset of military aircraft flying through the area into the radiation zone.
You can view the video below and hear the explosions for yourself:
Further comments went on to document the increased presence of unmarked choppers and strategic military aircraft.
A number of photos have begun to surface from eyewitnesses in the tri-state area of the event, reporting that the helicopters and other crafts were traveling towards the center of the incident. Some pictures are shown below:

Thousands of comments on articles, discussion boards, and twitter posts are surfacing regarding this event. Explosions are still reportedly being heard in rapid secession, often a large number over the course of only a few seconds.

Latest: Explosions, Military Helicopters Filmed Near Radiation Zone
One Reddit reader, an eyewitness who reportedly attends a nearby University shared some concerning information which quickly rose to the top and was later confirmed by accompanying comments. According to the user, a large fleet of hazmat team members and reponse trucks funded by Homeland Security have been dispatched after years of inactivity. The comment, which has beenscreen captured for preservation, states:

“I work at a large public university next to a small research reactor that’s located near the back of campus. There’s (normally) a large fleet of hazmat response trucks and trailers parked in the nearby lot. Most of them are NIMS early response vehicles funded by Homeland Security (says so right on them). Haven’t seen them move once since I started working a few years ago. Tonight? All gone.”

The Digital Journal submission, however, was promptly edited and much of the shocking detail in the original post was wiped away. They quickly added an edit stating that the measurements must be false due to the fact that they were so high. Comments quickly cited the changes to be inaccurate and bizarre. One comment, currently at the top of the page, states:

“I don’t buy this false alarm stuff for one min! There are other independent sources doing their own measuring and coming up with similar results.”

As the comment mentions, a number of private organizations have recorded the radiation spike using their own methods to monitor the spike. One such measurement coming from the Radiation Network  in Fort Wayne, recorded a massive increase in radiation as seen in the released image below:

Amid the publicity, most likely amounting to hundreds of thousands of visitors to Radiation Network’s website regarding this image — which supports the fact that there is a massive and ongoing radiation cover-up — Radiation Network then issued a quick and delayed message on their homepage stating that they must have experienced an error in their system. Additional findings however, which are now censored to the public, confirm the findings once displayed by the Radiation Network. Again, you can view the original numbers in the screen capture showing the results before they were terminated from viewing by the EPA.
Latest: Major Nuclear Base Running ‘Containment Exercise’ Amid Censored Radiation Spikes
Therefore, to add even more credibility to the spike being much more than an unforeseen error, the increase was actually measured from two entirely different and privately owned locations (BlackCat and the Radiation Network). What this means is that the statements regarding the reading being nothing more than small fluke in the system appear to be quite impossible. 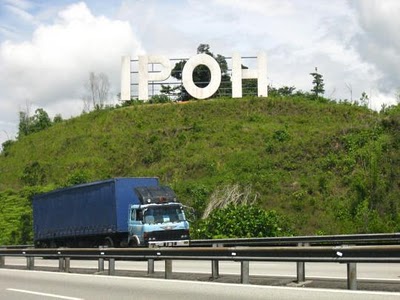 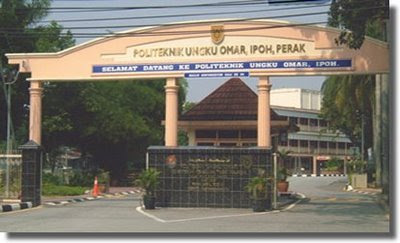